Home » »Unlabelled » Mind Your Own Business

Mind Your Own Business 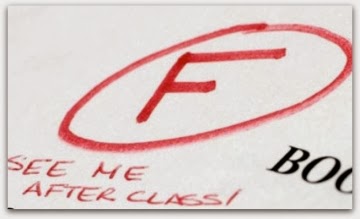 The children are our future! We must teach the children! A good education is essential for all children! You have heard these platitudes often and from various sources, both liberal and conservative, black and white, parents and politicians. You have heard them so often that one hardly pays attention to them anymore. They are words that conjure images, images that are used for political gain, and very little changes.

Recently a proposal was made by Virginia State Senator Tommy Norment (R-New Kent), to, ostensibly, help the failing school system of Petersburg, VA. Now everyone in this region of the state knows that the Petersburg School system leaves much to be desired and something needs to be done to help the students there, the question remains, "What, exactly?" Norment's suggestion is to have the adjacent Chesterfield County Public School system take over the running of the Petersburg schools. In an article that accompanies a television news video of the story, Norment states, "If this does not work. If for some reason Petersburg is resistant to it, there are those who want to stick their political noses in it to stir up problems, we will move forward with something more dramatic in 2015 that will compel some changes.” Uh, excuse me? If someone wants to "stick their nose in it to stir up problems?" Did he really just say that? You will have to forgive me if I wonder why a state senator from New Kent County is "sticking his political nose" into the business of the city of Petersburg and Chesterfield County. Do you think these guys ever stop to think about what it is they are saying before they say it?

So, Norment wants Chesterfield County to run another district's schools? The same Chesterfield County that itself is suffering from a lack of funds and cannot afford pay raises and school building maintenance, as so many news reports have told us. In order to help Chesterfield County do this, $1.6 million dollars will be taken from other districts and given to Chesterfield's budget. I'm sure that money will be well spent. I mean just think of all the bureaucracy and salaries at the government level that money will pay for. I'm sure there will be a little something left over for the schools and teachers, oh, and the students  too, in Petersburg.

State Senator Henry Marsh (D-Richmond) says that he thinks the money could be better spent hiring "more qualified" teachers in Petersburg. He also points out that the new Petersburg School Board has only been on the job for a year and has hardly had time to correct the problems that have built up for over twenty-years. If I thought that he really was concerned about the students, and not his teacher's union constituents, I might even agree with Senator Marsh. Call me cynical, call me jaded, I prefer to be called "experienced," but I've heard it all before. I don't believe for one minute that the focus and concern here is on the students. When it comes to politics it is never about the students. It is about the money, the acquisition of more political power, and a chance to score partisan political points by beating up on that guy from the other party.

Throwing money at problems has been a time-honored political tradition and I see nothing here to convince me that anything has changed. However, money, or a lack thereof, is not the problem in my opinion. Bringing in a new/different bureaucracy is not the answer.  I asked above, "What exactly?" I could offer a good many suggestions, which are my personal opinions, but that is not the thrust of this particular article. I wish to focus for now on whether it makes good sense for Chesterfield County to take on this burden and whether or not Tommy Norment has any business "sticking his political nose" into other district's affairs. This is a boondoggle that Chesterfield needs to stir clear of, so that it may focus on its own issues and finances. Norment needs to mind his own business and concern himself with the schools in his own district. And Henry Marsh, if he really cares about the plight of the students in Petersburg's schools should start to put some focus on accountability at all levels of the school system there, including, parents and the students themselves.