The tax payer is on the Hook for the multi-million boondoggle called the 2014 Super Bowl Security Ring. It didn’t even work, when a guy with a fake pass and an excuse that he was “late for work” can get through. What if he was Al-Qaida?  What if he had a bomb? So for all the hoopla all the bragging of how this security system would stop any attempt to breach it.

I am not saying we don’t need sequrity at events like this, but why couldn’t the NFL pay for it. They make millions and are tax exempt hiding behind non-profit status. Make them pay sales taxes, tax on their profit an
d pay for their own security system

9/11 truther: How I sneaked into Super Bowl XLVIII -- and hijacked the postgame show 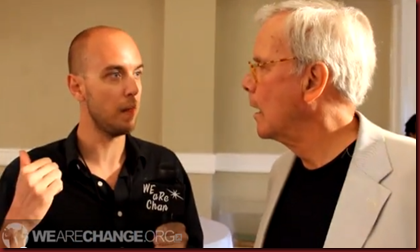 Matthew Mills, an 30-year-old independent journalist from Brooklyn, told NJ.com his aim was just to get close to MetLife Stadium -- which had layers of security in what's supposed to be the most secure sporting event in the United States -- so he could conduct some fan interviews.

Then the self-described 9/11 truther saw an employee bus at Secaucus Junction and hopped aboard.

Around Mills' neck was an old credential from a festival he covered, a rectangular badge that, at quick glance, didn't look too dissimilar from the ones issued to media members, team employees and others who worked the Super Bowl.

He also used a common refrain whenever hassled by security, which is supposed to verify each credential or ticket with a barcode along with putting attendees through other security screenings.

"I just said I was running late for work and I had to get in there," Mills said. "It was that simple."

Mills said he got through multiple layers of security using that bogus story.

"I didn't think that I'd get that far," Mill said. "I just kept getting closer and closer. Once I got past the final gate and into the stadium, I was dumbfounded."

After the game concluded, Mills walked into the media tent, where players and coaches were brought for interviews.

Read the entire article on NJ.com