Home » »Unlabelled » Martha Boneta - The Environmentalists Are Not Giving Up

Martha Boneta - The Environmentalists Are Not Giving Up 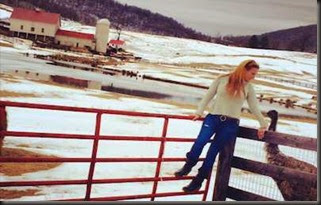 The small farmers in Virginia rejoiced when Senate Bill 51 and House Bill 268, dubbed the “Boneta Bill,” passed both houses and the Democrat Governor Terry McAuliffe signed it. The bill gave farmers legal protection from overreaching and overzealous county bureaucrats who impose unreasonable requirements and unnecessary fees on small farmers.

Martha Boneta, the farmer at the center of this protracted battle in Virginia said, “No Virginian should be forced to lose everything when they fight city hall.” Her farm is embroiled in a costly legal battle with Fauquier County supervisors over the use of her own farmland.

Boneta explained, “Corn mazes and pumpkin carvings were considered ‘events’ that required site plans and a mile-long list of red tape that can be suffocating.”

“There is an illusion that farmers are allowed to sell all their products because there are farmers markets and one-day bake sales. ... These are exemptions granted at the whim of government. I have 33 acres with cows. If I had the ability to sell all my farm products (including raw milk) directly to the public, I could make $56,000 a year. But not under existing regulations.” (Bernadette Barber, founder of Virginia Food Freedom)

Martha Boneta found herself at the center of the battle for farm freedom and property rights when she held a birthday party for eight 10-year-old girls at her Liberty Farm. Fauquier County deemed this party illegal because it lacked a permit. “Why would I need a permit for pumpkin carving?” Boneta said.

Boneta was issued a special license in 2011 which allowed her to run a “retail farm shop” in which she sold handspun yarns, fresh vegetables, eggs, herbs, honey, and craft items such as birdhouses. Fauquier County Board of Supervisors changed in 2011 the “farm sales classification” to require a special permit for activities that were previously included in the permit that Boneta had already been issued. Faced with fines of $5,000 per violation under charges that she held a birthday party for eight 10-year-old girls without a permit and a “site plan,” advertised one wine tasting, sold postcards with pictures of her rescued farm animals, sold wool fiber products from her sheep and alpacas, and sold organic tea from herbs grown in her garden, even though she had a business license, Martha paid $500 to appeal these unjust administrative charges. “The county zoning administrator told her at the hearing that “Martha was out of line,” for appealing these charges.”

Fitzgibbons said that “A local but powerful group called the Piedmont Environment Council wholeheartedly backed that illegal, anti-liberty winery ordinance.  The PEC seems to have an unusual if not disturbing amount of influence over Fauquier County officials.

Barber described the Boneta Bill victory as “opening the barn door for the blossoming farm-to-table movement.” However, bureaucrats and NGOs do not give up easily. Undaunted, no sooner had the ink dried on the signatures on the bill, the environmentalists came calling for a farm inspection of Martha’s Liberty Farm.

Property owners and farmers are fined, bullied, threatened based not just on zoning ordinances, but also via environmental conservation easements with onerous requirements, and farm inspections.