Under the guise of shielding journalists from prosecution for failing to divulge their sources, Chuck Schumer is sponsoring and pushing a bill to register and license "chosen" journalists; that is, if this passes, the government will decide who IS a journalist (and has protection) and who isn't (and doesn't).

Can you say (Mafia-like) protection racket?  How much will it "cost" to dance with the vampires? 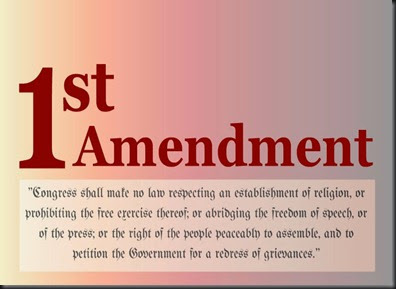 Matthew Boyle at Breitbart has the scoop today from Senator John Cornyn, who is "...lambasting a media 'shield law' proposed by New York Democrat Sen. Chuck Schumer, potentially imperling its shot at passage..."

It's called the "Free Flow of Information Act," which has already "...passed the Senate Judiciary Committee in September, and he recently said he already has the 60 votes needed to pass the bill on the floor, according to Boyle and quotes Schumer saying:  “...We’ll get a few more Republicans, not many more, but we have the 60 votes..."

But, Boyle reports a Cornyn retort:

"...If he had the votes to pass it, it already would have been passed...This isn’t about passing legislation, this is about distracting the public’s attention and changing the subject from the failed policies of this administration. I think you could put this in that same category...”

"...Schumer's proposal would exempt a “covered journalist” from subpoenas and other legal requirements to expose their confidential sources in leak investigations and other areas. Other lawmakers have proposed similar ideas in the past, but the effort gained new momentum after a series of revelations about controversial tactics the Justice Department was using to target journalists...For instance, the Department of Justice secretly monitored Fox News reporter James Rosen in the course of a leak investigation, even claiming in a court filing he was a subject of investigation himself. In another instance, the government had secretly monitored numerous phone lines used by the Associated Press, including one in the U.S. Capitol..."

Boyle nails it with this.  According to Cornyn:

"...'They want to pick and choose which journalists are covered,' the Texan Republican told Breitbart News. 'In other words, if you’re a blogger they might not cover you, but if you work for the New York Times they might. Given the changes in the way we get information and the way we consume news, that really smacks to me in essence of government licensing who’s an official "journalist" for the purposes of a shield law and who’s not. If there is one thing I can glean from the First Amendment, it is that government should not be in the business of licensing the news media.'... In practice, defining who is considered a 'journalist' and protected under the law from having to disclose confidential sources is a thorny legal problem. On the one hand, the law's drafters don't want to provide blanket immunity to everyone. But anointing a government-approved class of scribes cuts against the nature of journalism, which almost by definition is frequently critical of the government..."

So, are you a writer, blogger, patriot, defender of the Constitution?  If so, and you are not licensed by the government under the stipulations of this legislation, you will not have "protected" status and are subject to prosecution, if the government presses you for your confidential sources and you do not provide them.
Think that will stifle free speech and "Freedom of the Press?"

The annointed "media," now exposed as the propaganda arm of the government elitists, already goose-steps in cadence with the Obamistas.  Note how easily they concede to a news blackout from the Obama administration.  Currently some journalists complain that Obama photographs are "staged."  Indeed, except for what independent/unaligned media captures outside the White House and from their screened propagandists, Published Obama photos taken at the White House, are those that are "approved."

Unless independent and constitutionalist journalists and patriot Constitutional protectors unite rapidly to defeat this, the ONLY media chosen by the government will have "protected" status and this will put an end to journalistic Freedom.