Home » »Unlabelled » KKK flyers appear in Chesterfield County, VA neighborhood. Should hate speech be outlawed or is it freedom of speech?

KKK flyers appear in Chesterfield County, VA neighborhood. Should hate speech be outlawed or is it freedom of speech? 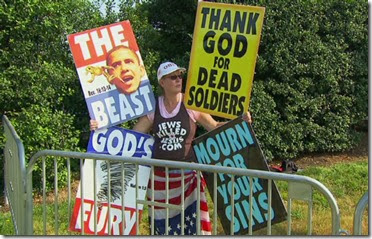 First, I must say I find any kind of hate or hate speech despicable and whish it didn’t exist. But do I or many of us through our government have the right to silence it?

If I say black people are A or B based on my assumptions could that be considered hate speech?

Does the old adage about indecency, smut or pornography apply? I can’t define it, but I know it when I see it.

What if someone decides something is hate speech that isn’t hate speech? Could you find yourself at the wrong end of law based on your statements? Should we try and define hate speech in legislation that could be wildly misinterpreted or liberally applied, making criminals out of people who are not criminals? Are people free to espouse their hate, no matter how unpopular?

“The first amendment protects speech, however popular or unpopular the speech might be.

Likewise, freedom of association protects us from the government managing our relationships however popular, unpopular or distasteful others might find it and a free market capitalist economic system punishes (see Paula Deen) businesses that partake in practices that run counter to the sensibilities of our culture. Businesses that are openly bigoted will pay the price in the free market.”

No majority should harm minority and no minority should harm a majority. We should all be equal under the law, that includes haters. If we want our speech to be always free, then we must protect even the vile speech of bigots.

William Roper: So, now you give the Devil the benefit of law!

Sir Thomas More: Yes! What would you do? Cut a great road through the law to get after the Devil?

William Roper: Yes, I'd cut down every law in England to do that!

Sir Thomas More: Oh? And when the last law was down, and the Devil turned 'round on you, where would you hide, Roper, the laws all being flat? This country is planted thick with laws, from coast to coast, Man's laws, not God's! And if you cut them down, and you're just the man to do it, do you really think you could stand upright in the winds that would blow then? Yes, I'd give the Devil benefit of law, for my own safety's sake!

Replace the word devil with Hater, Bigot, Klansman, Nazi, Westborough Baptist, Black Supremacist or some may replace it with Christian, and then you should see the flaw in taking away the right of vile or unpopular speech.

It fully sums up the fact that if you allow the government to create a law that takes away any man’s rights, afforded to him by nature, no matter how vile or unpopular, then when the vile and hateful people come into power, like they did under Apartheid in South Africa, then they can use those same laws to take that right from you.