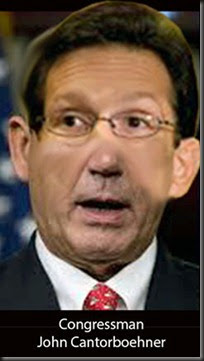 Slating. If you don’t know what this is, it is a tactic the establishment Republicans are using this year to silence the Conservatives in the party in favor of the Big Government Progressive Republicans like Eric Cantor.

They were successful in Virginia Beach and several other areas as well.

Henrico County was next on the list as Eric Cantor sent his Young Guns Virginia chief Michael Lowery (a long time and still friend of mine) as well as his Campaign Manager Marty Ryall (as far as I know he still serves in that position) as well as several others I know from my days of being an Eric Cantor supporter. Nice folks, just working for a person who no longer serves the interest of Virginia’s 7th District, instead serving Speaker Boehner.

And a certain Mr. Allen was reportedly also in attendance. This would be the man with the firm Marcus-Allen that saw Boyd Marcus become a traitor and sign on to help get Terry McAuliffe elected. (And would someone please explain why Cantor is still using this now Democrat firm???)

And of course Mike Thomas, Mr. Slating 101 himself was also there.

So the tables were all set to disenfranchise Conservatives and allow Cantor to cheat his way to another term without facing Dave Brat in a fair election. They were all set to rig the vote before the Convention.

And a funny thing happened on the way to the slating.

A biomass the size of some small countries showed up with No Slating stickers and explained to the potential delegates what was in store for them inside the Henrico Government Complex Board Room. They were about to get rolled.

I tried to get in with my media credentials (yes, I have a Photo Media ID that identifies me as a member of the Media) and the “guard” at the door stopped me and I showed him my ID. He told me to stand there at the door and he would check with “the boss”. After a few minutes a man with a name tag on identifying him as “Don Boswell” looked at my Media Credentials and then glanced at my “No Slating” sticker and “Dave Brat” sticker I was given as I walked in the door and made a remark about media was supposed to be unbiased. And I said “You mean like the Washington Post and the New York Times?”

And Don Boswell refused to allow me to enter saying there may not be enough seats. I offered to stand in the back of the room and take video. Still no.

I was sort of wishing I had worn a wet suit because locking the media out of the room is a sure sign to me that Mr. Boswell was going to do something he didn’t want a record of. And blood was about to fly. Or at least fur.

So I was forced to stand in the entrance area outside of the meeting room and all I had was the overhead speakers.

Then a man came over the microphone and called the meeting to order at 7:00 PM and identified himself as Don Boswell.

Hummm. There was something about him I didn’t like. What was it again? Oh, yea. He was the “No media” guy.