Parents across the country may hold the key to this year's mid-term elections as they vent their anger over the implementation of a controversial education achievement measure called the Common Core State Standards Initiative. 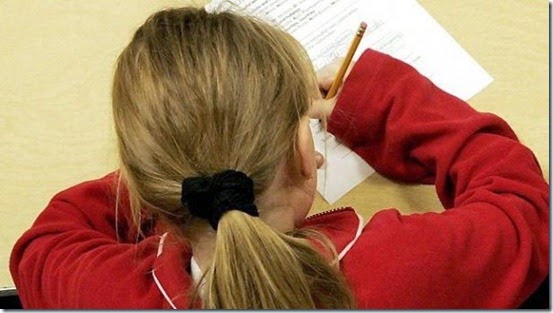 Forty-five states and the District of Columbia have adopted the initiative in a bid, they say, to improve education standards in Math and English, and give new life to what many view as a sagging education system. Indiana recently voted to back out of Common Core.

But many parents see the initiative as a bid by the federal government to take over the education system. They are also angry over the "data mining" of students' personal information, and say the stepped-up standards are not age-appropriate and are leading to anxiety and depression in their children.

Analysts warn the parental opposition could spill over into the November elections.

"Those populist candidates are running against the Common Core, and they are going to say Washington is interfering with children's schooling ..."

"You really have a populist reaction, and that's true on the left and the right," says Tom Loveless, a senior fellow with the Brown Center on Education Policy at Brookings Institute in Washington, D.C.

He predicts candidates opposing politicians from the establishment - or "at least trying to paint them as establishment candidates" - will take up the parental concerns.

"Those populist candidates are running against the Common Core, and they are going to say Washington is interfering with children's schooling and that teachers, parents and principals at the local level are better equipped to decide on what kids learn," he said.

"Common Core opposition is so completely grassroots, and support is so astroturf, " says the education research fellow for The Heartland Institute, a think tank headquartered in Chicago that promotes individual liberty and free enterprise.

"It is already becoming a primary and general election issue in everything from local school board races to gubernatorial and U.S. Senate races," she added.

According to Pullmann, the issue is "huge among mothers."