Admin Commentary: We Report, you decide. Is Virginia Changing? Is Virginia Becoming More Libertarian? More Liberal? Are you part of the Majority who support these policies?

Here is an article from the Richmond Times Dispatch that talks about the Poll:

Poll: 84% of Virginians back medical marijuana 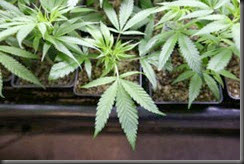 A new poll finds that Virginia voters support legalizing medical marijuana by an overwhelming 84 percent to 13 percent, but support for recreational marijuana is divided with 46 percent in favor and 48 percent opposed.

Thirty-nine percent of Virginia voters say they have tried marijuana, according to the survey released Monday from Quinnipiac University.

Dick Kennedy, with Virginia NORML, the National Organization for the Reform of Marijuana Laws, said Monday that the poll numbers show that Virginia “is moving toward more sensible drug policies, along with the rest of the country, and the overwhelming support for medical marijuana is something the legislature can’t ignore in 2015.”

The almost-even split on full legalization shows “a significant change” in the past year, Kennedy said, citing a January 2013 poll by Christopher Newport University’s Wason Center for Public Policy showing Virginians opposing it 53 percent to 40 percent.

In that survey of 1,015 registered Virginia voters, 72 percent said they support legalization for medical use. But 53 percent opposed legalization for recreational use, while 40 percent were in support.

“Support is growing quickly among all segments for a controlled, taxed cannabis market,” said Ed McCann, executive director of Virginia NORML. “Legislators would also be well-served to implement medical cannabis access, since the overwhelming majority of Virginians support such. Support from those under 30 for more progressive policies is widespread and will only increase as more states legalize cannabis.”

Republicans support medical marijuana 75 percent to 21 percent, and Democrats support it 92 to 6 percent, according to the Quinnipiac poll.

Democrats back legalizing marijuana for personal use by 58 to 35 percent, Republicans are opposed 68 to 27 percent and independent voters are split 47 to 47 percent.

“More than four in five Virginians favor allowing the use of marijuana for medical purposes, although on this question and others involving the drug, support for its use is a bit lower than in some other states where we conduct surveys,” said Peter Brown, assistant director of the Quinnipiac University Poll.

“When it comes to legalizing marijuana for recreational use, Virginians are divided,” Brown said.

The survey also shows that support for same-sex marriage among Virginia voters remains unchanged since last summer, when the U.S. Supreme Court struck down parts of the federal Defense of Marriage Act.

Fifty percent of voters support allowing gay marriage, with 42 percent opposed, according to the poll.

Women are stronger supporters of same-sex marriage than men with 54 percent in favor and 38 percent opposed, the poll finds. Men are divided with 46 percent supporting and 48 percent opposed.