Home » »Unlabelled » Another Day Another Mailer

Another Day Another Mailer 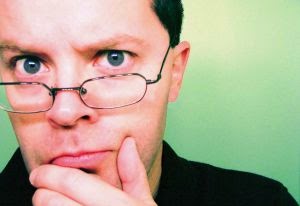 Another day, another mailer. In today's episode of "Can Eric Cantor tell the truth?" we are told that Eric Cantor is "standing up to" the IRS, regarding the scandal surrounding the treatment of the Tea Party and other conservative groups by the IRS.

Let me ask you, especially you Republican/Cantor faithful, who just cannot bring yourselves to believe that Cantor would lie to you, how long has this scandal been going on? One year? Two? A little more? In the mailer two articles are cited as proof that Cantor is fighting for the American people, working to get to the truth, leading the way for the conservative cause. Do you know when those articles are dated? THIS MONTH - May 2014. Uh, Eric, where were you when this scandal broke? Where was your "leadership" in the beginning? Why do we have to wait for guys like Issa, Amash, or Gowdy to make noise, or for an election year, before you finally step up? Go ahead, folks, you're on the computer right now, if you're reading this, do a Google search and look for articles from the outbreak of the scandal. See if you can find any examples of Cantor "leading" the search for truth.

In the same mailer Cantor laments that the abuses of the IRS have stifled our First Amendment rights. Well now, isn't that nice. Cantor cares about the Bill of Rights now. Hey, Eric, if you're so concerned about the First Amendment maybe you, or one of your minions, can explain why you voted for "H.R. 347 (112th): Federal Restricted Buildings and Grounds Improvement Act of 2011." I could run off a list of votes from Cantor that have violated the Bill of Rights, but lets just stay with the First Amendment for right now. Am I making this up? Am I wrong about H.R. 347? Hmmm, you decide.

When are you guys going to realize just how stupid Eric Cantor hopes/thinks you are? Whatever you do don't do any research or show any skepticism about anything he says. Just blindly follow and believe everything he tells you. That's what a good citizen does, isn't it?