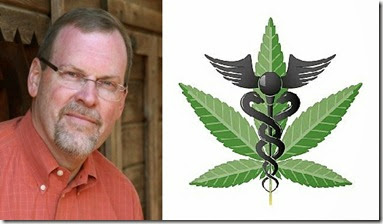 Virginia’s 9th District Congressman, Morgan Griffith, has introduced legislation in the U.S. House of Representatives that would provide a legal pathway for the medical use of marijuana.

News Guardians interviewed Griffith on their radio show about his proposed legislation.

**CONGRESSMAN GRIFFITH’S PRESS RELEASE AND LINKS TO LEGISLATION BELOW VIDEO**

Watch the interview in the video below:

In the press release Griffith states:

“Decades ago, I knew of someone who was suffering from cancer.  This man had a two-year-old child and wanted to do all in his power to spend as much time as possible with his child.  Every moment was important to him.

“I was told by his friends that his doctors instructed hospital staff to not go into his room between 11 a.m. and twelve noon.  His friends would sneak marijuana into the hospital for him to use medically during that time.  Doing so gave him the appetite and ability to eat his lunch, which arrived at noon, thus increasing his strength and giving him potentially more time with his child and other loved ones.

“25 years later and hours away, I am answering questions from a group of high school students when the issue of marijuana came up.  After discussing the above situation, another hand goes up.  I am expecting a return to questions about the recreational use of marijuana, which I oppose.  Instead, the room goes quiet as the young man says, ‘They did that for my daddy too.’

“Isn’t it cruel to not allow real doctors, real drug companies, and real pharmacists to use marijuana for legitimate medical reasons for real patients?  We use all sorts of opioids under the same scenario that this bill would allow us to use marijuana.  The Legitimate Use of Medicinal Marijuana Act would merely allow health care professionals and patients to have another legal tool to use.

“The Legitimate Use of Medicinal Marijuana Act would have the federal government legally allow the states to move towards an appropriate use of medicinal marijuana.  Virginia passed a medical marijuana statute for glaucoma and cancer treatment in 1979 in the anticipation that one day, federal law would allow it.  It probably should have happened sooner, but Virginia’s responsible approach should have to wait no more.”

H.R. 4498 - The Legitimate Use of Medicinal Marijuana Act