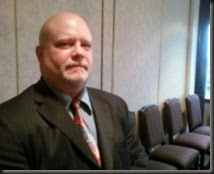 I spoke to Floyd Bayne several times during the Convention yesterday. And we have previously corresponded on this issue. Floyd, like myself, has been attacked by the Republican Committee in our respective counties. Eric Cantor and Linwood Cobb tightly control both my home committee in Hanover and Floyd’s committee in Chesterfield. And there was a big effort before the Convention to purge as many people as possible that were known to support Fred Gruber. Chesterfield managed to successfully banish Floyd and my friend Joe Cacciotti. Hanover was unsuccessful in banning me.

Thankfully, these underhanded Cantor dirty tricks were not enough to overcome the righteousness of the grassroots and Fred Gruber sent Linwood Cobb packing.

Floyd Bayne has an interesting take on the day and it is worth the read:

I am home now and winding down a bit. It has been an interesting, frustrating, tedious, and ultimately exhilarating day. Please allow me to relate the days events, as well as some past days events that led up to it.

A couple of months ago I signed up to be a delegate to the Republican Party’s 7th District Convention, held today at the Hilton Hotel in Short Pump. I was going there to support my friend, Fred Gruber, to be the new chairman for the district. I submitted my application through a friend in Chesterfield, who was serving as a volunteer for Gruber. I did this rather than submit it directly through the Chesterfield County Republican Committee, because he and I both knew that were I to do that it would get…..”lost.” Well, the county mass meeting came along and my application was accepted. However, between the submission date and a few weeks ago, the committee’s board, led by one Donald Williams (No fan of mine) decided that this just could not stand.

I eventually received an e-mail from the local “Credentialing Committee” (along with my friend, Joe Cacciotti) to attend a meeting they were to hold on a weeknight, to afford me the opportunity to “answer some questions,” lest my application be rejected. You see, I do not say nice things about RINO’s and I had the audacity to run against Eric Cantor twice, that just really grinds their gears. Well, I had better things to do than defend an application that had already been accepted and I told them so and did not attend. The following week I received another e-mail telling me that my application had been rejected. I was not going to be allowed to be a delegate for Fred Gruber. I was shocked, shocked I tell you. I made some inquiries about options that were available to me and was told that I should attend the convention and meet with the district credentialing committee prior to the opening of the convention. This I did.

I arrived early for the David Brat Breakfast and Town Hall Meeting across the street at a local eatery. I immediately saw my friend Ken Davis putting yard signs together, so I helped put up a bunch of those along the entrance to the Hilton. I spoke with several other Brat supporters and folks who had supported my campaigns in the past. We all shared our hope that the day’s events would play out in our (liberties) favor. I saw and spoke to Doc Thompson and Dave Brat before the Town Hall kicked off..Along with Brat we also heard from Senatorial candidate, Shak Hill. The event only served to confirm my decision to support both of these gentlemen.