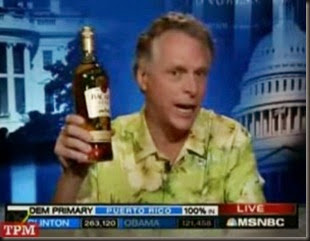 Following Governor McAuliffe’s press conference today where he announced he would use the line-item veto power to abolish the Medicaid  Innovation and Reform Commission (MIRC), so he could unilaterally pursue ObamaCare’s Medicaid expansion in Virginia, it would seem McAuliffe is drunk on something stronger than Puerto Rican rum.

The Governor’s actions and Attorney General’s “advice” are flat-out unconstitutional and flout the rule of law and constitutional separation of powers.

There are several steps to take in order to make your voice heard in regards to McAuliffe’s usurpation of power:

2) Then, contact your delegate and state senator and demand they hold the line against ObamaCare’s Medicaid expansion and McAuliffe’s bullying of the General Assembly;

3) Finally, contact Governor Terry McAuliffe himself to let him know you strongly disagree with his “veto” and demand he follow the Virginia and US Constitutions he swore to uphold.