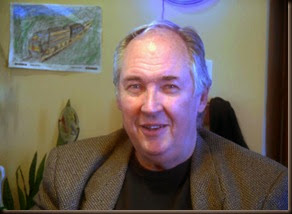 The Final Talley was 675 To 630. The Cobb/Cantor Folks were scrambling til the end putting the all the votes under a microscope.

But in the end Gruber had the votes and is now the new Virginia 7th District Chairman. Congratulations to Fred Gruber!!!

This is an amazing feat for Gruber (or any other candidate for man reasons. Cobb has stacked the deck with Cantor’s help over the years. Like charging a $5, 000 filing fee to run for chairman, buying up all the hotel rooms at the convention, not letting Gruber use any of the convention space except eventually letting them use a small table and the lsit goes on and on.

From the Bull Elephant:

One of the possible reasons no challengers have previously emerged is the very steep barrier to entry erected by Cobb’s Committee: the Committee charged a $5000 filing fee for anyone running for Chairman, which is about 10 times higher than the fees charged in other districts.

Originally scheduled to be held in a high school gymnasium, the venue was later moved to the Hilton, both to accommodate the expected crowds and a turnout-generating breakfast with Congressman Cantor. The Bull Elephant has learned that all of the hotel’s meeting rooms have been booked for the event, though only a handful are needed.

Despite the fact that filing fees are usually charged to help defray the costs of the Convention, thus entitling any candidate equal access to and use of the facility, we are told that Cobb’s Committee is not allowing Gruber or his supporters the use of any of the facilities (including the child care room, where delegates with young children may leave them with a baby sitter). Hotel staff have confirmed that the “convention organizer” controls all the meeting rooms, and that the lack of available space is not simply a consequence of the rooms having been rented by third parties. According to a source close to Gruber, Cobb only grudgingly allowed the Gruber campaign to have a single table near the registration area, and only conceded to that yesterday.

Most of all this comes as a huge blow to Cantor as has Cobb used the position to keep Cantor in power. And if Brat doesn’t beat Cantor on June, 10th, then Cantor won’t have Cobb to ensure he has it easy and ahs no challenger's with a chance in the primary. Gruber will ensure that Cantor isn’t treated like he’s king and it’s his seat. And any challenger will be treated fairly and have a chance.

As far as, Cobb and Cantor stacking the deck in the 7th District, read this article by Floyd Bayne on how they prevented him from becoming a delegate at this convention and his day at the convention as just an observer: